Some people ask whether it hurts and I reply with “It’s not that type of laser. It doesn’t slice and dice!”

If you’re skeptic (the majority of my first time clients are), check out this study: 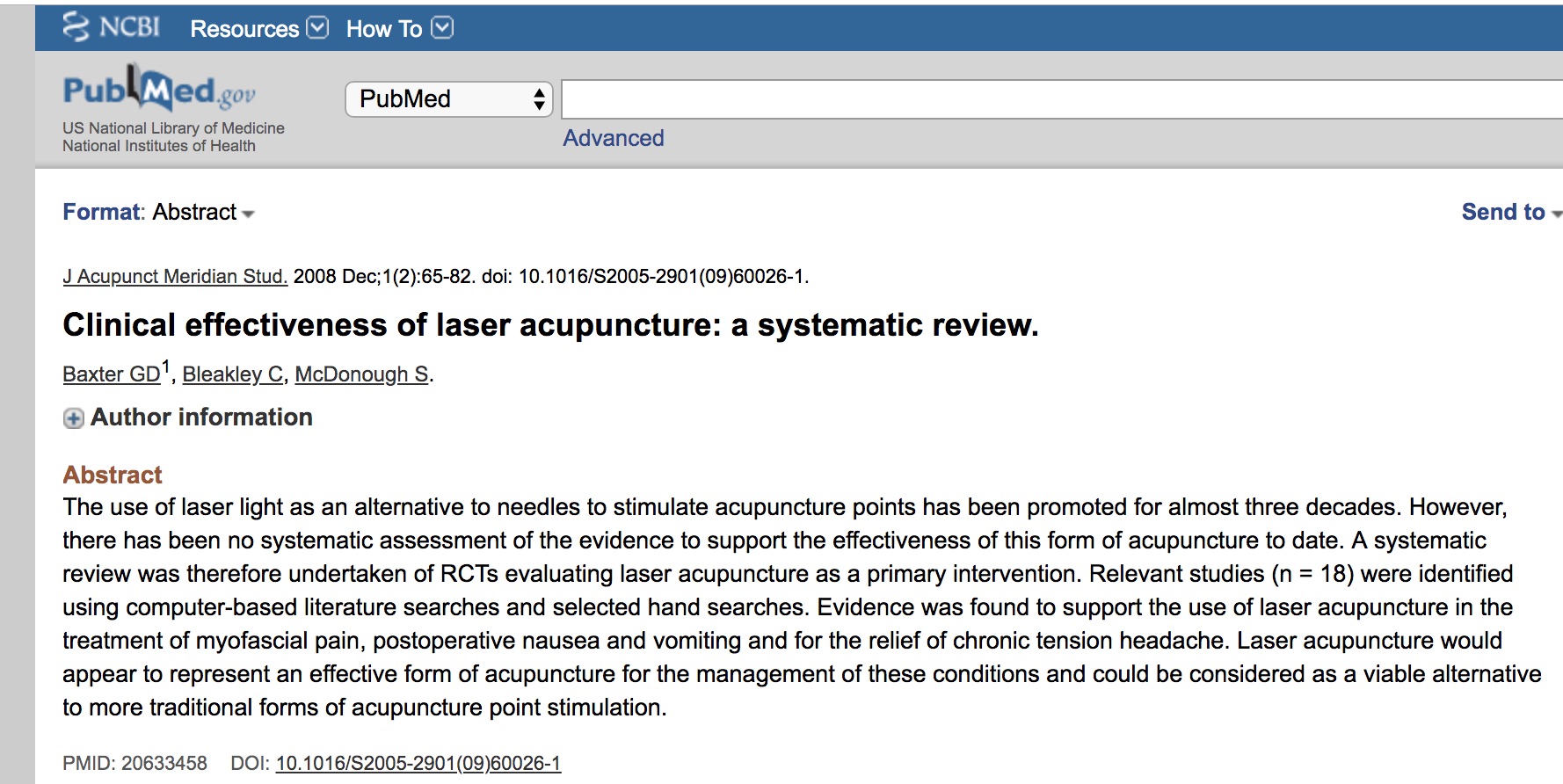 If you’d like to learn more about laser, here’s an excerpt from Acupuncture Today regarding the history of laser treatment:

Scientists began lab experimentation with lasers in the 1950s, with availability outside the lab in the 1960s. Once the quest for laser knowledge began, it was unstoppable. Researchers wanted to know how this new kind of light could change the world of healthcare. Early laser experiments resulted in the realization that laser therapy minimized skin scarring, helped wounds heal faster, and affected cellular metabolism. In the 1970s serious research began both in Russia and in the USA. By the 1980s, due to numerous positive reports, laser started to gain recognition as an effective method of stimulating acupuncture points without the use of needles.

Currently, most lasers used in acupuncture are known as low-level lasers or “cold lasers,” (because they don’t produce heat.). These are not the same as lasers used for laser surgery, in which “hot lasers” are used as a scalpel to burn or cut. Studies show that low-level lasers can help regenerate cells, decrease pain, reduce inflammation, improve circulation, and stimulate hair growth, to name a few examples.

In 1991, a study was done in Novosibirsk, Russia that applied directly to the study of acupuncture. Researchers shined light on various parts of the body and found that light traveled under the skin to other acupuncture points, but it didn’t travel to places that were not on acupuncture meridians. It appears that the body contains a sort of fiber optic network—where light enters an acupuncture point, travels through the meridian and can be detected at other places along the meridian with a sensitive photon detector. This is a fascinating study showing how light is actually received, used and transmitted throughout the body.

I don’t know about you, but I find that information fascinating! 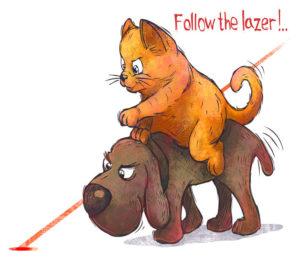 “Focus like a laser, not a flashlight”  ~ Michael Jordan